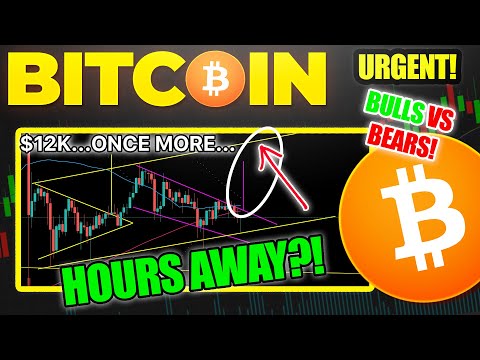 Note: Yesterday a post of mine was censored on btc. And now today another post of mine was censored on btc, with the public modlog saying "keyword spam". Below is a copy of my post from today which was censored on btc.
Maybe btc is trying to tell me I should stop spending so much time posting, and I should relax and start enjoying my life spending some of my coins on hookers and blow? LOL!
 The only miners supporting the unpopular SegWit are associated with Blockstream and/or corrupt.
A pattern is starting to emerge among the players supporting SegWit:
James Hilliard's "malleability attack" and Greg Maxwell's "solution" are a nice example of "collaboration" - between an arsonist and a firefighter
In the recent "malleability attack" on Bitcoin, perpetrator James Hilliard u/lightsword (at BitClub) can be viewed as playing the role of the vandal or "arsonist".
Now, right on schedule, along comes Greg Maxwell u/nullc (Blockstream CTO) offering to play the role of the "firefighter".
Greg's recent post on the censored, low-information subreddit r\bitcoin, begging people to support SegWit because of BitClub's "malleability attack", is merely his latest, desperate - and most cynical - attempt to get people to accept the unpopular SegWit, with its dangerous, irreversible "Anyone-Can-Spend" Hack (ACSH).
We should not fall for this pathetic attempt use a "malleability attack" to panic people into adopting the flawed SegWit.
SegWit is not the helpful "solution" that Greg claims it is.
The real goal of SegWit-as-a-soft-fork with its dangerous, irreversible "Anyone-Can-Spend" Hack (ACSH) is actually to let Blockstram hijack Bitcoin development forever - due to precisely the irreversible nature of SegWit's dangerous "Anyone-Can-Spend" Hack (ACSH).
And since u/null is of course terrified of discussing the technical aspects of SegWit with intelligent users and coders, where did he post his latest pathetic desperate propaganda and lies begging people to adopt the SegWit poison-pill trojan-horse?
Where else: On his sad little echo-chamber of yes-men and low-information losers: the censored non-forum r\bitcoin, where nearly everyone who's actually knowledgeable about Bitcoin's technology, economics and politics have long since been silenced and banned - including banning posts quoting Satoshi.
As usual, Greg is spreading FUD and lies on a censored forum in his ongoing, failing attempts to help Blockstream hijack Bitcoin.
He should be ashamed of himself for this latest attempt on his part to hijack Bitcoin for his desperate and failing shitty startup Blockstream.
His proposed "solution" to the problem - the poorly coded SegWit - would actually be a poison-pill trojan-horse for Bitcoin.
SegWit is the worst approach possible to fixing malleability and quadratic hashing - because the incompetent/corrupt Blockstream devs insisted on doing it as an unnecessary and dangerous soft fork - because they're afraid of the "full-node referendum" of a hard fork - because they know that with a hard fork, we'd vote their asses out.
SegWit would needlessly make all transactions "anyone-can-spend" - which means that if Bitcoin were to adopt SegWit, SegWit could never be un-adopted. SegWit would cement Blockstream's control of Bitcoin - permanently.
As this lengthy technical article has already explained in detail, SegWit as a soft fork is the most radical and irresponsible proposed change to Bitcoin in its 8 years of history.
And we already have a much better solution than SegWit: FlexTrans.
SegWit bundles together three not-very-helpful "fixes" into a dangerous, irreversible "Anyone-Can-Spend" Hack (ACSH):
SegWit offers:
The problem with SegWit is that it would deploy these three low-priority "fixes" via a "soft fork" which would make all transactions "anyone-can-spend".
Why is Blockstream pushing SegWit with its dangerous, irreversible dangerous, irreversible "Anyone-Can-Spend" Hack (ACSH)?
As has been discussed many, many times before (on less-censored forums like btc), SegWit is incredibly dangerous for Bitcoin - but wonderful for Blockstream, because:
This is why Blockstream wants SegWit-as-a-soft-fork - because:
SegWit would give Blockstream permanent control over the Bitcoin protocol.
This is the real goal of SegWit: permanently cementing Blockstream's power.
SegWit isn't about blocksize (as if SegWit's centrally planned 1.7MB blocksize were any better than Core's existing centrally-planned 1MB blocksize anyways - puh-leeze!! BU is the real, long-term blocksize solution, because BU gives us market-based blocksizes, now and in the future!).
SegWit isn't even really about malleability and quadratic hashing.
SegWit is about power. Giving permanent power over Bitcoin to Blockstream.
Oscar Wilde once said:


"Everything in the world is about sex - except sex. Sex is about power."

Bitcoin price has many different support areas leaving room for BTC to consolidate for next move up. As always, it is a battle of the bulls vs. bears. With targets for btc price to $12k and down ... After the first Bitcoin Halving in November 2012 the price of Bitcoin crashed more than 80% a couple months later. How likely is such a Bitcoin dump after th... Here is the latest Bitcoin (BTC) price prediction. It's time to stop the confusion. Join Us!!! Join This Elite Group - Sign Up Here: https://www.huefinancial.com Follow us on Twitter @HueFin_News ... Bitcoin Live Btc Price Liquidation Watch 24/7 Bull vs Bear Pump or Dump Bitcoin Currency Bitcoin is a cryptocurrency. It is a decentralized digital currency without a central bank or single ... This video represent history of BTC-USD exchange rate until 2019.07.11 Bitcoin price is like crazy right now. How much will rising up? and, How much will fal...