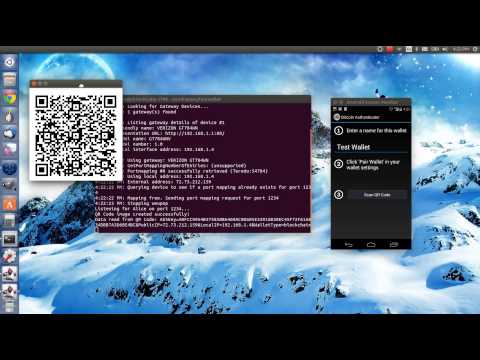 These Bitcoin companies already announced their position regarding a potential fork. If you didn't yet, please let your users know where you stand.

A joint statement by 20 exchanges


...we have decided to designate the Bitcoin Unlimited fork as BTU (or XBU). The Bitcoin Core implementation will continue to trade as BTC

However, none of the undersigned can list BTU unless we can run both chains independently without incident. Consequently, we insist that the Bitcoin Unlimited community (or any other consensus breaking implementation) build in strong two-way replay protection.

We are 100% supportive of the safe, tested SegWit functionality available for activation in core code today and believe it is by far the safest way to gain additional block space in the near term.

Bitcoin Unlimited does not meet the above tests for being a supportable fork today. In fact, it fails all three criteria. Additionally, there are serious problems with “emergent consensus”...

As such, we will not be able to provide support for a hard fork caused by Bitcoin Unlimited in its current form.

We cannot responsibly support Bitcoin Unlimited on the Bitrated platform as an altcoin due its lack of hardfork-related safety measures, its inherent re-org instability and its potentially prohibitive operational costs.

Bitrated is technically, financially and logistically unable to safely and reasonably support networks with unbounded block size or with the “emergent consensus” mechanism

In the case of the mainline Bitcoin client adopting an unbounded block size proposal, we will be forced to shut our full-nodes off and cease offering services for the BTC currency.

We support the activation of Segregated Witness as an immediate solution to Bitcoin scaling and as a fundamental component of a long-term capacity increases roadmap.

Any contentious hard fork of the Bitcoin blockchain shall be considered an alternative cryptocurrency (altcoin), regardless of the relative hashing power on the forked chain.

In addition, we believe Emergent Consensus fundamentally alters the nature of Bitcoin by increasing the responsibilities and powers of the Bitcoin miners, disrupting the existing checks and balances system.

...we support SegWit, both as an immediate yet cautious increase in block size, and as a first step for solutions like Lightning, which we are already building on.

We clearly recommend that issuers choose Bitcoin Core, as we believe it’s the safest option. For this reason, all hosted infrastructure supplied by us will continue to use Bitcoin Core. We also won’t be able to provide support for other forks.

I, Thomas Voegtlin, support Segregated Witness as a scaling solution for Bitcoin, and I am opposed to a hard fork initiated by miners running Bitcoin Unlimited.

As many of you might have noticed on Twitter, Bitsquare is in clear opposition to BU and I personally consider it not only as a reckless and irresponsible behavior [...] but as a political attack on Bitcoin.

In the rather unlikely event that they really start a hard fork and the even more unlikely event that they would succeed to take over the Bitcoin network and destroy the current version I would either move the main currency to what will be the follower project of the current Bitcoin Core development branch or move to another Altcoin like Monero.
This personal position might explain why I react rather emotional and radical in regards to BU. I experience it not only as a threat for Bitcoin but as a threat to the work I was spending my time the last 3 years.”

We will support Bitcoin Core continuously as BTC.

We will not consider contentious hard forks (without industry-wide consensus) as Bitcoin. Instead we will consider it an alternative cryptocurrency which we will not, out of principle, support.

... we are not financially and technically capable of supporting Bitcoin Unlimited based on the "Emergent Consensus" principle, not for ourselves and not for our customers.

BL3P will, in any case, continue to support the blockchain that is based on the Bitcoin Core software. The bitcoins on this chain will be listed as 'BTC'.

GreenAddress does not support contentious hard forks that risk disenfranchising users, irrespective of hashing power. We believe that such an outcome would create an irreparable precedent that would severely undermine social trust in Bitcoin and potentially set it back for years to come.

Indispensable prerequisites for a hard fork to be not contentious are:

Currently Bitcoin Unlimited is not in compliance with any of points outlined.

Coins.ph supports a single version of Bitcoin, which is Bitcoin Core (BTC)

we consider any hard fork which is rolled out without industry-wide consensus, and therefore splits the network, to be an altcoin, not Bitcoin itself. This is irrespective of how much hash power the forked coin may have. Ours is only one voice of many, but this is entirely consistent with the view currently taken by the economic majority of Bitcoin exchanges.

In the case of a fork, we support the plan as proposed by Bitfinex, Bitstamp, BTCC et al. It will not be possible for any exchange, including BitMEX, to support both chains separately. For these reasons, BU will not be listed or used as a deposit/withdrawal currency until replay protection is implemented and BU is not at risk of a blockchain reorganization if the Core chain becomes longer.


https://blog.bitmex.com/a-statement-on-the-possible-bitcoin-unlimited-hard-fork
Edit: adding others that come up in the comments

The only version of Bitcoin supported on the Coinbase platform today is Bitcoin Core, currently represented by the symbol BTC.
We may provide support for Bitcoin Unlimited in the future depending on market conditions and stability of the protocol, but we cannot guarantee whether or when such support may be available. Customers who wish to access both blockchains at the time of the hard fork should withdraw their BTC from Coinbase since we cannot guarantee what will happen during the hard fork or when this access may be available.
If one chain receives an overwhelming majority of support from miners, users, and exchanges, we reserve the right to alter the names of chains or discontinue support for certain chains in the future.

If a fork happens (with BU or anything similar in the future), ShapeShift will list it as a new coin (new name, new symbol). This is purely for practical reasons, not a judgement for or against. If the market decides to follow the BU chain, then after enough time, and with enough clarity on the market's decision (ie - not ambiguous), we would refer to that chain as Bitcoin and ShapeShift may reassign the name/ticker.
Hardforking from the main chain doesn't create an altcoin. It creates a decision point, on which every market participate must judge for himself. The outcome of those decisions, unpredictable ahead of time, is a more appropriate declaration of the true Bitcoin than any specific group within. Stated differently, if a majority doesn't get to declare what Bitcoin is, then certainly neither does a minority. It is a choice we're happy leaving to the market, anything else is the exact kind of centralization that Bitcoin was built to resist.
ShapeShift supports SegWit and a HF to larger blocksize, but does not support BU. We are seeing the utility of the Bitcoin network decay with time (while simultaneously becoming more expensive), and SegWit plus a HF to bigger blocks is the most practical and reasonable short and medium term solution.

We strongly oppose any attempt of contentious hard forks in Bitcoin. We’re one of the biggest individual bitcoin e-merchants worldwide, processing tens of thousands of Bitcoin tx every month. Fees are a huge issue for us and our users who make many small-value transactions, but [...] hard forking Bitcoin risks destroying everything that makes it unique and working. There are far better solutions for lowering fees. SegWit is currently the best step forward for bitcoin, and we will be using it immediately once it becomes available.

Is anyone else freaked out by this whole blocksize debate? Does anyone else find themself often agreeing with *both* sides - depending on whichever argument you happen to be reading at the moment? And do we need some better algorithms and data structures?

Note: I made a typo in the title of this post on Reddit; the quoted date of the meeting is correct. (I can't see a way to edit the title of a Reddit post.)

The Bitcoin client software abstracts the wallet for the user such that it checks each of the addresses contained in the wallet, whether there are any balances (transaction outputs) associated in the blockchain with them. It sums the funds up and presents them as a single total balance. Underlying, however, these balances are stored publicly in the blockchain (that's right, the wallet doesn't ... About us. Bitcoin Core is an open source project which maintains and releases Bitcoin client software called “Bitcoin Core”.. It is a direct descendant of the original Bitcoin software client released by Satoshi Nakamoto after he published the famous Bitcoin whitepaper.. Bitcoin Core consists of both “full-node” software for fully validating the blockchain as well as a bitcoin wallet. Now that when we know “Satoshi Nakamoto” is the Pen Name of the polymath “Nick Szabo” and that Bitcoin is a test dummy of NSA which is surely not coded by Nick Szabo alone. Let us see a partial (roughly just 20%) list of Nick Szabo’s core team of developers and government agents that made practical implementation of Bitgold a reality by coding the Bitcoin client software. We select the Bitcoin Armory [1] client which includes functionality for creating an offline wallet that can be used to sign and export transactions. Password-derived Keys. One of the simplest ways to create a password-derived key is on the Brainwallet [9] website. The site allows users to enter a passphrase which is converted into a private key. Hosted Wallets. We use Blockchain.info [6] as ... Bing Yahoo Google Amazone Wiki. Bitcoiniacs - The Bitcoin Store Review. Saturday Jan review, Link: Friday Jan 26, Link: Bitcoiniacs bitcoin ATM operator Coinatmradar. Sunday Jan 21, Link: Tuesday Jan 23, Link: Monday Dec 25, Link: Thursday Jan review, Link: Friday Jan 31, Link: Exclusive Interview with Bitcoiniacs Coinreport. Wednesday Sites 31, Link: Bitcoin is a worldwide cryptocurrency ...