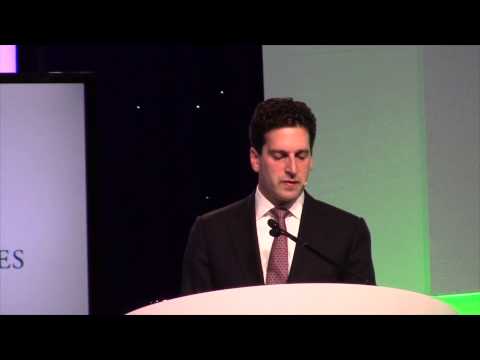 Good for Bitcoin? Lawsky Steps Down End of June

As Requested, I’m Ben Lawsky, Superintendent of the NY Dept of Financial Services, Here for an AMA on Bitcoin/Virtual Currency

Hi Reddit – I’m Ben Lawsky, Superintendent of Financial Services for the State of New York. Thanks to those of you who requested that I do an AMA on the work our agency – the New York State Department of Financial Services (NYDFS) – is doing on oversight rules for virtual currency firms. We'll get started around 12:30pm EST.
PROOF: https://twitter.com/BenLawsky/status/436544922892906496
We’re still in the process of formulating our views on a number of these issues – given that this is an ongoing regulatory process. So I may not be able to provide final or definitive answers to all of the questions you ask. But I’ll do my best to try and provide a window into some of our thinking at this stage. (I may even ask a few questions of my own during the course of the conversation, if that’s okay.) We’re trying to proceed without any prejudgments and solicit a broad range of views on virtual currency. I’m looking forward to a substantive and informative discussion.
As you’ve probably guessed, I’m new to Reddit. So apologies in advance if I violate any posting etiquette. I was also told not to mention something called “Rampart” – whatever that is
 For those of you interested in some background on our agency’s work in this area, NYDFS has been conducting an inquiry on the appropriate regulatory guidelines for virtual currency firms for the last seven months. As part of that inquiry, in January 2014, NYDFS held public hearings in New York City on virtual currency. More than 14,000 people from 117 countries tuned into those hearings online, which was not the usual turnout we get!
http://www.dfs.ny.gov/insurance/hearing/vc_01282014_indx.htm
https://twitter.com/BenLawsky/status/428965430842380288
Last week, we also laid out some of our initial thoughts on the path forward for regulators:
http://www.dfs.ny.gov/about/speeches_testimony/sp140212.htm
http://www.youtube.com/watch?v=zhIZd9b2-Qs
Our expectation is that – during the course of 2014 – the information we’ve gathered in our fact-finding effort will allow us to put forward a proposed regulatory framework for virtual currency firms operating in New York. We want to move expeditiously because the sooner we provide some regulatory certainty, the better for the firms that want to know what the rules of the road are. At the same time, we recognize this is complicated stuff and we don’t want to go too fast, make a mistake, and create unintended consequences. Most of all, we want to get detailed feedback from all sides so we can make smart, modern, forward-looking decisions. Thanks to all of you for being here.
UPDATE 2:22 PM EST Sorry I have to run (also -- AMA's are more tiring than I would have expected!). Thanks to all of you for the thoughtful questions and comments. And to those who tipped me Bitcoin, I doubt I'm allowed to accept but appreciate the thought!
I'll try to come back and answer some additional questions later. I can't tell you how useful this is to our regulatory process. With that in mind, I'd like to pose a few questions to you if you'd like to answer them while I'm away from the computer:
(1) What do you personally find as the most useful and/or important current application for virtual currency? (2) Where do you think virtual currency tech is headed in the medium term and long term. (3) Are there particular problems from a consumer perspective you've had in dealing with virtual currency firms that regulators should consider?
EVENING UPDATE I circled back and answered a few more of your questions, but I have to head out for the evening. Thanks again for your thoughtful questions and feedback.
EVENING UPDATE x2 I also recorded a short sign-off video to thank everyone here for their questions and comments http://www.youtube.com/watch?v=qRXVPq16n_c

Ben Lawsky, NY Regulator working on Bitcoin agrees to do an AMA

Cronyism in action: "Lawsky is making Bitcoin businesses worse off for his own personal gain"

Lawsky had bigger fish to fry, and Argentinian and French regulators should recognize that banks, not Bitcoin are by far the biggest perpetrators of terrorist financing, money laundering, and financial crime.

We must do something Benjamin Lawsky: Bitcoin's Regulatory Nightmare Is About to Get More Frightening

Ben Lawsky gets a bitcoin tip worth $10 on twitter

Who is this masked avenger coming to save us from the wrath of Benjamin Lawsky and the big banks? It's Captain Bitcoin!

Video - Benjamin Lawsky ( DFS)discussing the up coming NY. Bit Licences . A well informed and realistic view , I see it as a positive step for the future of Bitcoin.